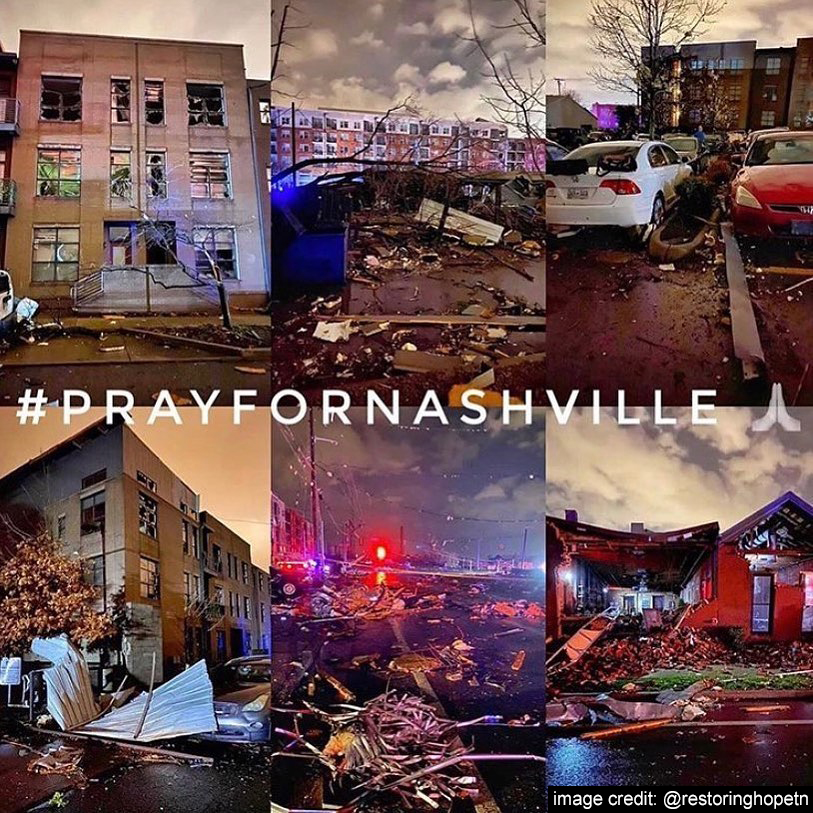 The tornado near downtown Nashville lit up the night sky with flashes of light as transformers blew and the storm reportedly stayed on the ground into Hermitage, about 10 miles east of the city.

An estimated 50,000 people have been directly impacted by this devastating storm. 22 people lost their lives. Many lost everything else.

Our Bridge of Hope team of partners are mobilizing to bring emergency disaster relief to Nashville and the surrounding areas. You can share your support by texting any amount you wish to give, followed by BOH NASHVILLE to 45777.


UPDATE FROM KYIV, UKRAINE
Provide Emergency Relief Aid for Ukrainians
Devastating Hunger!
Bridge of Hope is an outreach of World Harvest Church, a non-profit 501(c)(3) corporation headquartered in Columbus, Ohio, United States. All gifts and donations are tax-deductible as allowed by law.